Learn more about us

Check out our work

Five Inspiring Women Who Changed the World with Technology

In a male-dominant industry like tech, women in tech is less known compared to their male peers.  In recognition of International Women’s Day and women in technology, we’ve compiled the unsung female heroes who had made so much impact in technology and contributed to improving lives through their inventions. We hope this inspires you ladies to do what you love and never let anyone stop you from achieving your dreams.

The world is a better place with females!

An actress and inventor – that’s how Lamarr combined the finest of art and science in her life. Lamarr was an actress who entered the Hollywood scene in 1937. MGM (her signing agent) promoted her as “the world’s most beautiful woman” and she went on acing her acting career. In 1950, Lamarr was voted the tenth best actress for her performance in American film, “Samson and Delilah”. And in 1960, Lamarr received a star on the Hollywood Walk of Fame at 6247 Hollywood Blvd.

Lamarr’s career did not just stop there. Despite having no professional training in engineering and was primarily self-taught, Lamarr worked on various inventions during her spare time. She contributed to science, and worked on the improvement of traffic stoplight and even created a tablet that would create a carbonated drink when dissolved in water. 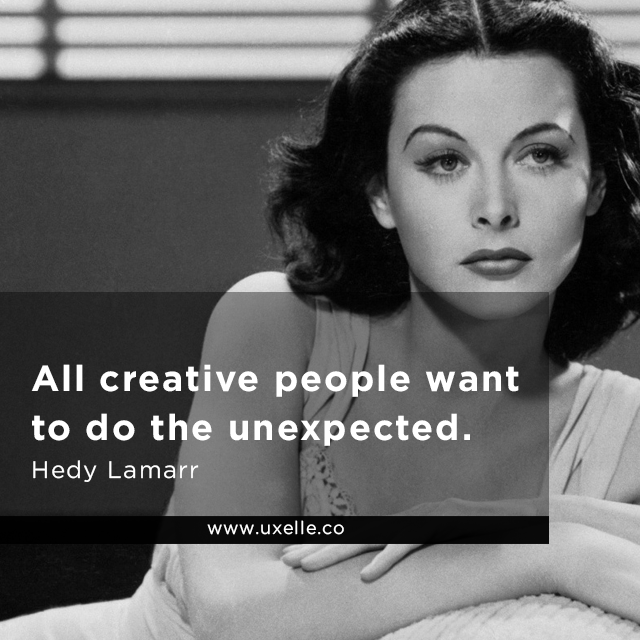 Ada Lovelace was dubbed “the first computer programmer” for writing an algorithm for a computing machine in the mid-1800s. Lovelace’s mother was the key person who promoted her interest in mathematics and logic. Her mother feared Lovelace would become a romantic like her father, Lord Byron and immersed her in mathematic and science at a very young age. This was not the norm for a woman in the 19th century.

Lovelace was also a futurist. Her forward-thinking theories include describing the creation of codes for letters, symbols and numbers. She also brought forward the idea of having an engine to repeat a series of instructions – a concept programmers now know as looping. 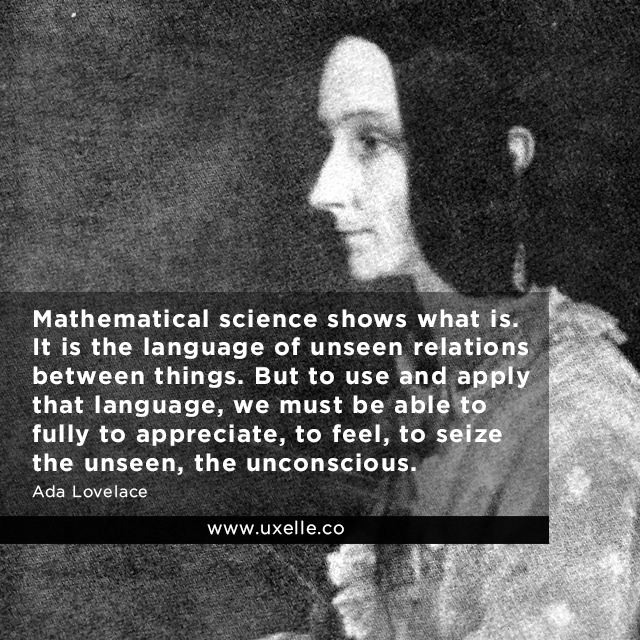 Did you know? The terms “bugging” and “de-bugging” are terms coined by Grace Hopper, computer scientist and invention of the first compiler. Despite being in a male-dominated field, Hopper went on to become one of the first programmers of the Harvard Mark I computer, a general purpose electromechanical computer used during the last part of World War II.

Hopper did not just program the computer. She also created a 500-page in-depth manual for it. Her manual was widely cited but she was not hardly mentioned or credited for it.

Hopper believed in great communication, proposing the idea of writing programs in words rather than symbols. She continued working on an English-language compiler despite even when many did not believe in her. In 1956, she and her team ran “FLOW-MATIC” the first programming language to use word commands instead of symbols.

A woman of courage and determination, Hopper never gave up on her dreams and what she believed in. After several rejections to enter the Navy during World War II, she finally enlisted three years later at the age of 37. Concurrently, she was also part of the Harvard Computation Lab until 1949. 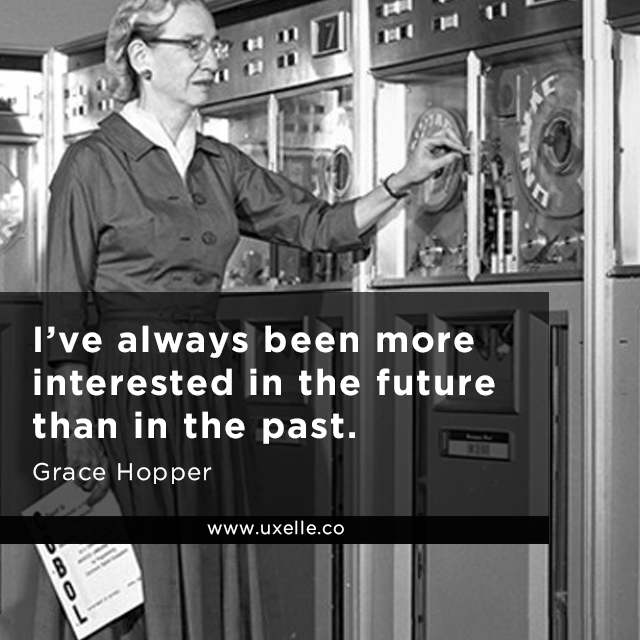 Katherine Johnson was an American mathematician at NASA. Johnson was known for a human computer, solving math problems for NASA. Johnson was one of the first African-American women to work as a NASA scientist and most importantly, a mathematician who calculated the orbital mechanics which proved critical to the success of US crewed spaceflights. Johnson had an astounding capability to master complex manual calculations. Over her 35 years at NASA, she had calculated trajectories and emergency return paths for various space projects such as project Mercury, paths for Apollo Lunar Module and flights to the moon.

Johnson had a passion for learning. At NASA, she attended meetings that were previously only attended by men. She asked questions and always wanted to learn more about her work.

Things were not all smooth for Johnson. The first time she applied to NASA, she did not get the job. But Johnson never gave up. She applied the next year and finally NASA (then known as NACA) hired her.

Astronauts might be the one going to the moon but it was Johnson who made it possible. She made it possible with her space travel calculations and love for Math. NASA could not have done this without her! 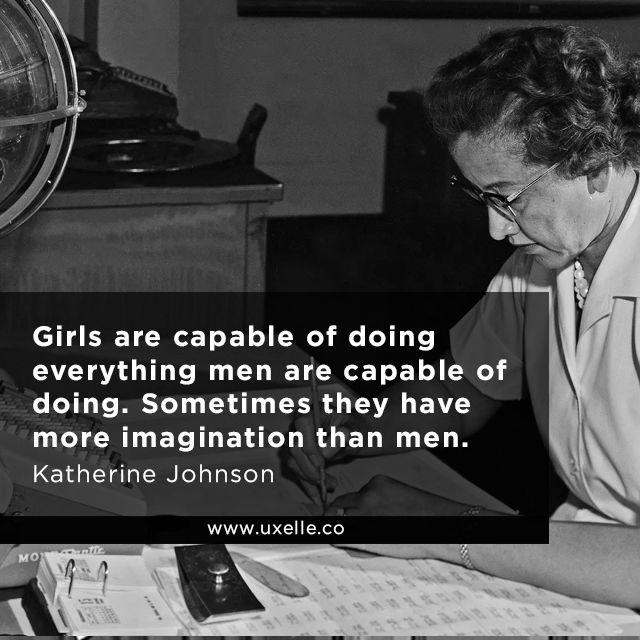 Xia Pei Su was a computer expert who made China’s very first local computer, Model 107. This computer was used and implemented after Soviet’s withdrawal from China. Dubbed as “Mother of Computer Science in China”, Xia was a pioneer in the development of technology in the country.

Xia was not only a great engineer. She was also an amazing teacher, having taught over 700 students in the span of six years teaching career. She was an advocate of technology and computer science in China. She wrote the first computer science textbook in China, “Principles of the Electronic Computer” and set up the Computer Science department in the University of Science and Technology of China.

According to BBC, “When a delegation of US computer scientists visited China in 1972, they didn’t expect to find China’s computer industry humming along.”   Tom Mullaney, historian at Stanford University and author of the forthcoming book The Chinese Computer also thought of her as someone who played a “central actor in a leadership role”.

In a chinese article about Xia, Xia had often quoted,

Her saying could also be translated as knowing how to be human (Zuò rén), having values and positive characters will bring you to places (jìng jiè). Master your personal development first, learning comes second. 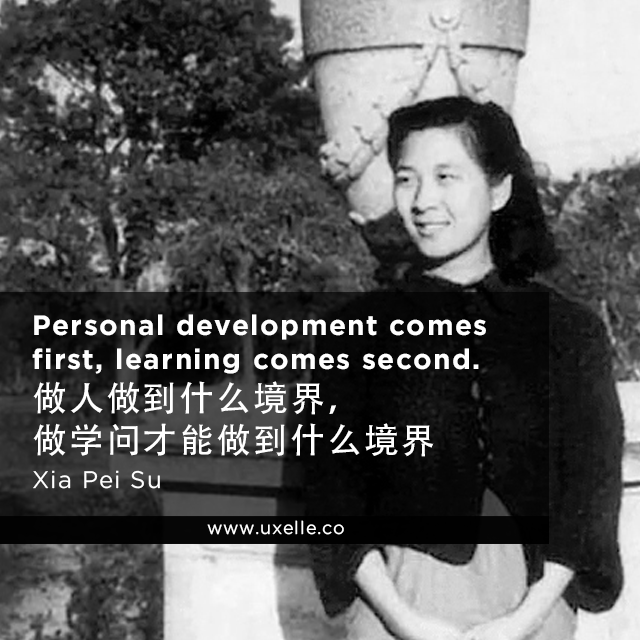 The most dangerous phrase in the language is,
"We've always done it this way." Grace Hopper

5 HTML Must-Know Tips for Anybody

Five Inspiring Women Who Changed the World with Technology

How To Create Google Analytics Code For Your Website